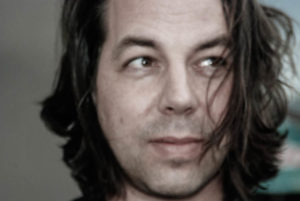 Markus started doing music early in his youth. He got a classical education as a church musician and plays several instruments. Later on he got interested into other fields of music and played in a lot of bands with different genres like rock/pop, postpunk, indie and darkwave/neofolk. Markus toured as a live musician with various bands in Spain, France, Russia, Poland, Denmark, Belgium and Germany.  When he was asked to mix a postpunk band, he discovered his passion for mix and mastering. He made an education as an audio and mastering engineer and won the mixcontest of HOFA, a famous studio in Germany. Since some years he runs and operates the luZonic Studio in Mannheim (Germany), where he mixes and masters for artists and companies.

Because of his background as a musician, Markus loves to bring life into music, together with his clients. He understands mixing and mastering as a responsibilty towards the artist´s vision and creation.

The music is not in the notes, but in the silence in between

We use cookies on our website to give you the most relevant experience by remembering your preferences and repeat visits. By clicking “Accept All”, you consent to the use of ALL the cookies. However, you may visit "Cookie Settings" to provide a controlled consent.
Cookie SettingsAccept All
Manage consent

This website uses cookies to improve your experience while you navigate through the website. Out of these, the cookies that are categorized as necessary are stored on your browser as they are essential for the working of basic functionalities of the website. We also use third-party cookies that help us analyze and understand how you use this website. These cookies will be stored in your browser only with your consent. You also have the option to opt-out of these cookies. But opting out of some of these cookies may affect your browsing experience.
Necessary Always Enabled

Any cookies that may not be particularly necessary for the website to function and is used specifically to collect user personal data via analytics, ads, other embedded contents are termed as non-necessary cookies. It is mandatory to procure user consent prior to running these cookies on your website.

SAVE & ACCEPT
Scroll to Top